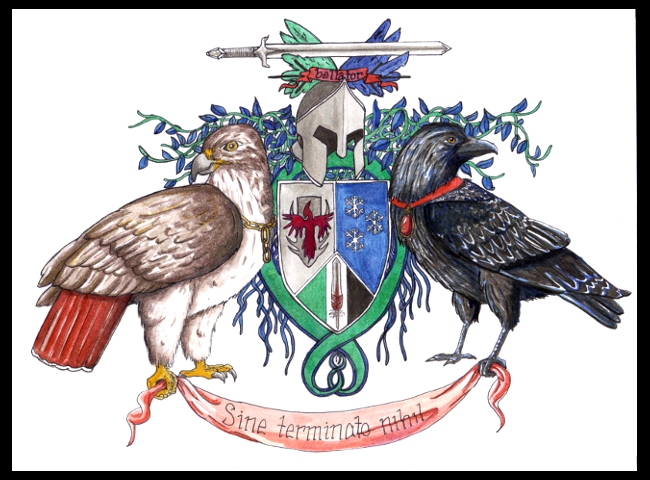 Founded in 1471 DR by a young Chessentan noble, this army has won countless battles over the eleven years it has been in activity and gained a reputation of bold and efficient soldiers completely loyal to their general. The banner depicting two birds of prey, a helm and a sword with words in Untheric written underneath is now known and respected throughout the Scarred South and seen as a symbol of victory and efficiency.

by: Manshoon66
See All Pages

I'm sorry, but we no longer support this web browser. Please upgrade your browser or install Chrome or Firefox to enjoy the full functionality of this site.